WW II Planes And the Pilots Who Flew Them 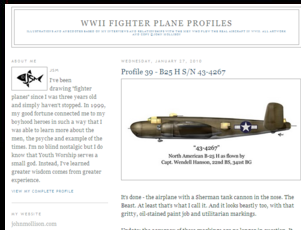