In the Internet and Technology niche, there are several subtopics:

Here are five in the Internet sub category:

1. Buzznovation NO
2. How To Change the World NO
3. Scobleizer YES
4. TechCrunch YES
5. Techdirt YES

Unfortunately, Buzznovation has been inactive since November 24, 2008. I got the impression from reading the last two posts he made that he will not be picking this blog up again.

Although this blog is written by Guy Kawasaki, a big name in the entrepreneurial world, it turns out to be unsuitable for the Kindle. There’s a paragraph of advice, with a Read More link, which is just not viable on the Kindle – at least as it is now. http://blog.guykawasaki.com/. Now, if these blog subscriptions also feed to the Ipad, which have quicker internet access (I don't know if they do, but if they do) then it might make sense to subscribe. But again, for the Kindle interface, I simply find it too unweildy.

(New entries are made every four days or so)

-How to avoid gullibility
-How to be empathetic
-How not to be annoying on twitter
-The elements of guile: British blogging
-How to follow the Apple announcement. 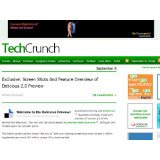 TechCrunch. TechCrunch is a group-edited blog that is dedicated to obsessively profiling and reviewing new and existing Internet products and companies that are making a commericial and/or cultural impact. Business Week readers and CNet have voted TechCrunch one of the top tech blogs. Publisher: Tech Crunch

TechCrunch, Techdirt and the Scobleizer provide industry info (they can fit in both the internet and industry-specific categories, but I'm going to keep them in the internet category). They each seem to cover different niches.

TechCrunch is for information on building web apps
Techdirt is more interested in covering copyright issues.
The Scobleizer seems focused on Google and its competitors

TechCrunch seems to average five posts a day or so.

Techdirt. Voted "Best of the Web" by Forbes, Mike Masnick uses his background in marketing and business development, and his experience working for a tech start-up company, to provide valuable and easily digestible tech news that helps businesses make better, more informed decisions. Bloggers have a wide range of knowledge in fields of technology, communications, media, biotechnology, financial services, retail, automotive, and government.

From his last few posts, it looks to me more like he focuses on copyright issues and intellectual property, rather than anything else, but for anyone who puts something on the web and doesn’t want to see it stolen (or in some cases wants validation that they’re not really stealing), it’s a must read.

Here are the last five posts:

-Google Music Blog Mess Highlights Why Three Strikes Will Not Work
-Teen Remixes the Work of Others into Best Selling Novel, by
-Entertainment Industry Get Their Own Piracy Policy in the Justice Department
-Australian Phonebook Says You Can’t Copyright Facts, Phone Books Not Protected
-Olympics Using Bogus Copyright Claims to Take Down All Videos of Fatal Luge Crash
-Should the Feds Need a Warrant to Find out where your Mobile Phone is?

Scobleizer. Scobleizer is a technical blog created by Robert Scoble, the vice president of Media Development at Podtech.net. It features breaking news about the latest developments in computer software. Publisher: Robert Scoble

Well, after reading TechCrunch and Techdirt, the Scobleizer seems to pale in comparison. Or perhaps its just because he seems to have a narrow focus – Google at war with its competitors. To me, it doesn’t seem to be enough info for the price. (It costs $1.99 to have it delivered to your Kindle. So do TechCrunch and Techdirt, but you get so much content from those two, that its worth it.

His blog is at http://scobleizer.com/, and here’s who he is: Robert Scoble is an employee of Rackspace, which can help you with all your hosting needs. He is chief troublemaker in the building43 community of Internet fanatics.

So, if you’re interested in watching Google either succeed or get its come-uppance (and I admit I resent them having purchased DejaNews, lo these many years ago) you can read it here.

Here are the last five entries:

-Why Google won’t give Twitter or Facebook a Buzzcut Tomorrow (this was uploaded Feb 8). Google was scheduled to release a newsfeed to compete with Facebook and Twitter. [Well, I suppose that’s better than them buying Facebook or Twitter!]
-The social failings of Google
-A TED responsibility
-Why if you miss Siri you’ll miss the future of the web
-Google’s two-front war with Apple and Facebook; who are the winners and losers