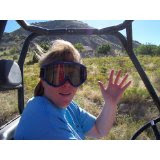 Reflections On A Middle-Aged Fat Woman . Reflections on a Middle Aged Fat Woman are the thoughts, happenings and remembrances of a 40ish year old pleasantly plump woman that is slightly off center, sings slightly off key, and, just slightly off her rocker. The Middle-Aged (MA) Fat Woman has spent years fabricating who she thinks she is, who she desires to be, and denying who she actually is. MA Fat Woman is not glamorous, (although, she desires to be) and she is not an announcer for her local radio station (yet, that’s what she tells people). What is she? She is an underemployed, slightly psychotic, hopefully optimistic individual that appreciates that the world still rotates clockwise every day. (Or, does it?)

Reflections on a Middle Aged Fat Woman say what others are too polite to say or even want to think about. It is part Erma Bombeck (without the kids) part Jen Lancaster (without the bad words) and part Lewis Grizzard (without the heart problems) that brings remembrances, story-telling and today’s technologies and conveniences full circle.
Well, I’m afraid I can’t give this a good review. This blog is amorphous. There’s no real point to it. She’s a middle-aged fat woman, so you’d think some of her posts would be humorous ones on trying to lose weight and not succeeding. Or the other side of the coin, someone who is comfortable with her weight, and the humorous battles she goes through to get other people to mind their own business regarding her appearance. But she doesn’t do any of that.

We don’t know where she lives, we don't know what her profession is, we don't knkow what her particular hobbies are, so there’s nothing unique about the blog, such as is as My Life A Bit South of Normal which takes place in the Deep South of South Carolina, and gives the blog its theme.

Well…I can’t recommend this blog either. If you’re a guy, and like scatological jokes, you’ll find them amusing, I suppose. But these are much worse than Gagler’s Joke A Day. I wouldn’t bother with this one.

Okay, I highly recommend this blog. Very funny. And I’m not Catholic. But I’m familiar with the religion and its tropes. The writer is extremely knowledgeable about the Catholic religion – I assume she really is a nun! – and yes, very funny. So whether you’re Catholic, or agnostic, I think you’ll find this blog worthwhile.

--Planning Ahead (Ordinary time is almost at an end. Lent will soon begin)
--Maybe Yes, on the Overreacting (Annoyed that the Bible books are out of order in a lesson plan)
--Kitty Korner (sharing a joke)
--Your Number is Up (is there a patron saint for winning the lottery?)
--Saints Apps (is there a saint for the gut?)

AMillionMonkeys . Politics, gangsta rap.
I found this blog in the Music subsection of the Industry Focus category. Now, I think rap is noise, and gangsta rap is evil noise, but I was prepared to give it some exposure. But from what I can see, the author of this blog doesn’t talk give the noise a lot of coverage, but about politics, movie reviews, book reviews,etc.

Well, I liked his article on Punxutawney Phil…and the articles are well written, and not filled with expletives which is what gangsta rap is all about, nevertheless, I can’t give this blog a thumbs up.

Here are the last five entries (It hasn’t been updated since Feb 3):

-How long, Punxutawney Phil? (How long was Bill Murray’s character trapped in that town in the movie Groundhog Day? A debate)
-The Fourth Hand, by John Irving. A Book rewiew.
-Unified Theory of Ke$ha – a review of this singer
-Spoon on Conan – a review of this singer
-Perils of ping-pong – Coakley’s loss in Massachusetts
-Leno victims unit – (must be a video – can’t see on the Kindle)

I found this blog in the Music subsection of the Industry Focus category. Unlike AMillionMonkeys, this blog is all about music…although it’s not really industry focus, which to me means specifically about the inner workings of the music industry (where to find the best instruments, where to find the best recording studio, the best mixers, etc.)-- but for people interested in music, this is a must have blog.

However, this may be one where you’re shortchanging yourself if you get it through Kindle. It hasn’t updated since Feb 10, but if you go to the site, there have been lots more entries since then. I think the way the site is set up, it can’t feed everything to the kindle. Check it out at : http://blogcritics.org/music.